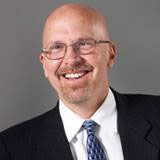 Mr. Duncan is the inventor of the High Efficiency Dehumidification System (HEDS), which is currently delivering over 57% energy savings related to RH control at the Fort Bragg, NC and Tinker AFB, OK Department of Defense test sites.

HEDS was a winner of the 2014 Department of Defense "ESTCP" Global Energy Efficiency Technology Competition.

Mr. Duncan is a “Subject Matter Expert” for the U.S. Army Corps of Engineers, on the following topics:

Mr. Duncan is a co-author of the International Energy Agency (IEA) ECBCS Annex 46 “Energy and Process Assessment Protocol” and has provided over 100 chiller plant, HVAC and TES energy efficiency and design strategy training seminars since 1985. Additionally, he has trained over 500 people brought in from around the world for the U.S. Army Corps of Engineers.

He has a specialized background in the synthesis, design and analysis of ASHRAE Award winning energy efficient central plant based HVAC systems. He is an expert in the analysis, design and testing of Award Winning High Efficiency Thermal Energy Storage Systems.

Thermal Energy Storage projects for Southern California Edison developed as a part of their pilot “Permanent Load Shift” program have averaged over a 30% energy efficiency improvement, in addition to complete on-peak to off-peak cooling load shifts.

The recently completed Large Temperature Differential (LTD)-based TES project for the Pacific Gas and Electric San Ramon Valley Conference Center has resulted in a cooling plant energy reduction of over 50% compared to the previous TES system in place at the facility. This efficiency gain would have been greater, but the system needs to store 32°F chilled water to meet the cooling loads on peak days, so the charge cycle efficiency is a little lower on peak load days. Total chiller plant efficiency has averaged less than 0.50 kWh per ton-hour when delivering 35°F chilled water to the TES tank.

A chiller plant upgrade project designed by Mr. Duncan at the Navy Base Point Loma site has resulted in documented monthly energy savings exceeding 60% over the past 7 years at this 1,150 ton plant, equipped with a separate utility meter. Cooling loads have actually increased at the site, and savings have remained above 60%.

Mr. Duncan is a “hands-on” engineer, rather than a desk engineer, and started in this profession as a control system field technician at the age of 15 for the dominant global control system manufacturer of the time. He worked his way up thru the ranks dealing with problems created by design engineers that did not spend field time in facilities to really understand how they work, and what it takes to make them work properly.

TES projects include the SMUD Customer Service Center, as well as several of the largest Thermal Energy Storage systems on the SCE, SDG&E and the LA Department of Water and Power electrical grids.

Sacramento Municipal Utility District Customer Service Center Central Plant/TES System. This project, designed while Mr. David Freeman was running SMUD, is still the most energy efficient TES system in SMUD Territory. It has won numerous awards and is still used as an energy efficiency showcase, more than 15 years after its construction.

Permanent Load Shift (PLS) Program Southern California Edison (TES). We were selected as the design and construction team of choice for the chilled water storage portion of the SCE PLS program. Once the TES projects were fully commissioned and in operation, these projects averaged over a 30% reduction in chiller plant system energy consumption, while serving increased cooling loads at the same time. Total demand reduction for the projects exceeds 3 MW.

LAX, SDIA and DFW Airport Central Utility Plant/TES system peer review services. Much of our TES experience has come from repairing the mistakes made by other Engineering firms. Some teams choose to be more proactive and retain us during the initial stages of the project to ensure that they will not design something that needs to be repaired soon after construction.

For the DFW Airport chiller plant/TES system we performed a chilled water plant peer review for the 35,000 ton chiller plant and 12,000 ton low temp PCA plant at the request of American Airlines that significantly changed the design of the chiller plant for the better. For the LAX and San Diego airport projects, we provided piping and equipment re-design and re-selection recommendations.

University of Southern California Central Plants and TES system. Design of the Mechanical and controls systems and system commissioning for several chiller plants and the 3 MG chilled water storage TES system at USC. When we started work at USC in 1992, the campus chilled water temperature differential was 8°F to 9°F.

We developed a strategy to increase the chilled water system TD, which now stands between 25°F and 27°F on peak summer days. These systems have cut energy consumption by nearly 48% compared to the prior systems in place, and incorporate most of the design strategies requested by the DWP DISCO project team.

Other TES projects include:

Research, training and educational seminars regarding Energy Efficiency and TES provided for the following groups: